A typical blending process involves merging and mixing miscible fluids that are prone to staying in suspension or dissolving and solubilizing with minimal intensity or work. Coffee and milk or water and methanol are good examples of fluids with high miscibility; they stir into solution very easily with a spoon. Fluids with low miscibility, like oil and water, have to be forced into suspension using intense levels of shear and mixing. It is important to make the distinction as it drives the type of equipment you can and should use in your manufacturing process.

For any common blending process, low intensity mixing can be used because we have assessed that the fluids are readily miscible with one another. Batch tank mixing is a common blending procedure. In this case, all materials to be blended are introduced into a batch tank and agitated with turbines and props until the fluids are adequately mixed. Inline Blending systems that reduce the reliance of space-consuming tanks is a less common but more efficient type of blending process. In this case, as many fluids as possible are drawn from their source tanks and merged in parallel into a pipe line mixer, such as a static mixer (link to wiki or something), and blended as they flow downstream to a fill or hold tank.

Blending miscible fluids may not be as simple as it appears. Blending systems come in different shapes and sizes and are meant to reduce process times and save on labor involvement. Sonic Corp’s custom in-line in-line blending systems are designed to streamline a bulky process and provide process efficiencies. The batch method of blending is certainly simple enough– where bulk raw materials are manually transferred to a batch tank and mixed or blended for some period of time before a transfer out to some downstream process or packing. This approach is inefficient and cumbersome due to: 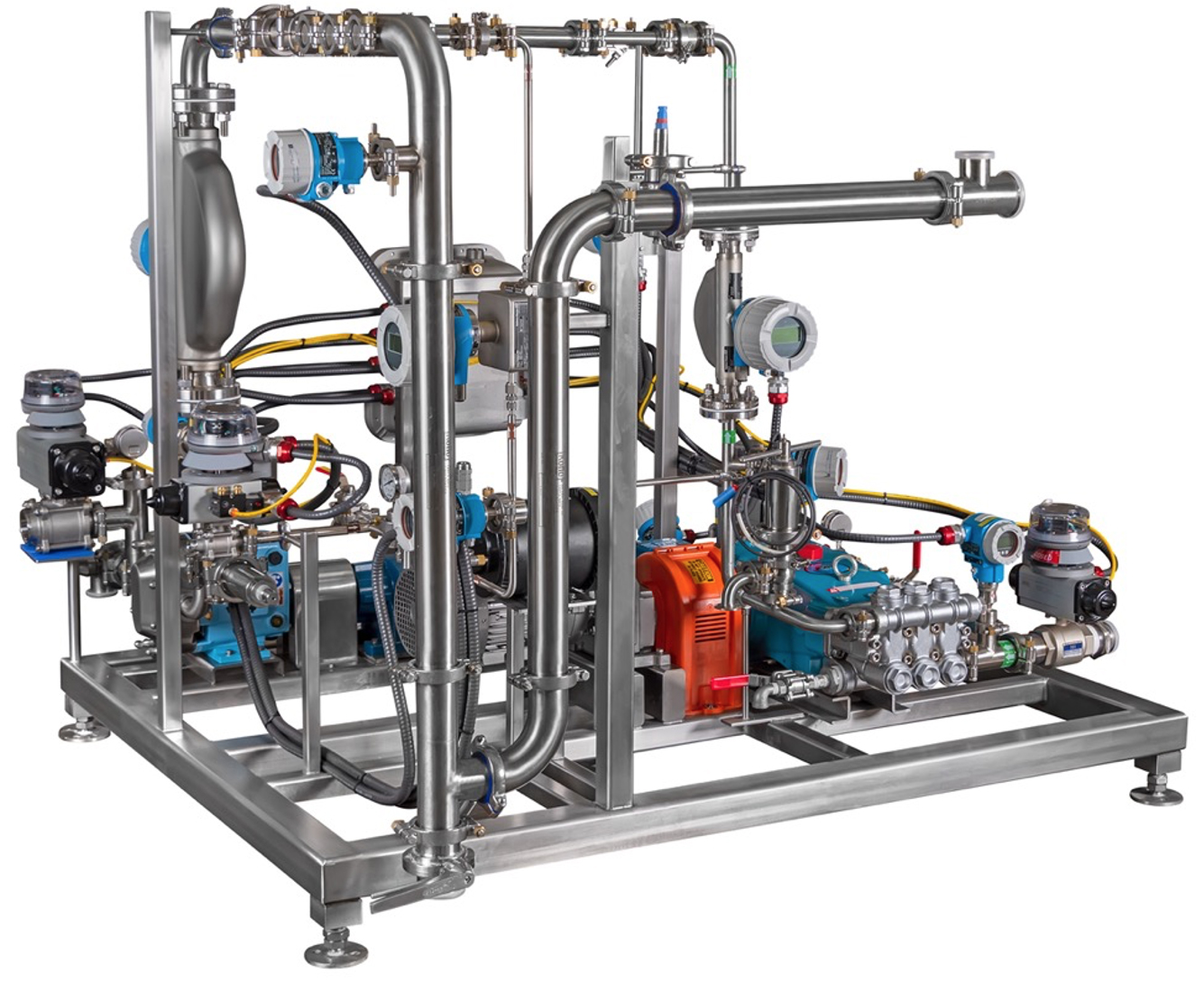