Stability of the emulsion can be improved through two ways. First, increasing the amount of energy used in the mixing process may help reduce particle sizes and thereby create a more stable emulsion. Secondly, emulsifying agents are often utilized to improve stability.

Testing here at Sonic has revealed combining the two techniques of intimate mixing and an emulsifier yield excellent stability and particle size control. Varying operating pressure in the Sonolator homogenizer results in higher pressures yielding smaller particle sizes. When an emulsifier is added these results are improved. Moving the particle size distribution graph to the left and making the distribution tighter around the mean. Figure A, shows results of a relatively low pressure and amount of emulsifier. For comparison, Figure B shows a graph of higher pressure and increased emulsifier.

Using a combination of operating pressure changes and various amounts of emulsifier producers have been able to control the particle size within their wax emulsions. Additionally, operations requiring wax emulsions are able to save costs creating the emulsions in-house instead of purchasing pre-emulsified stocks. 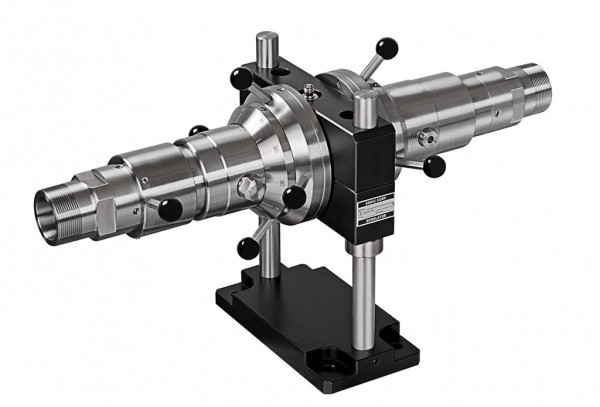 About the Author: Jim Conroy